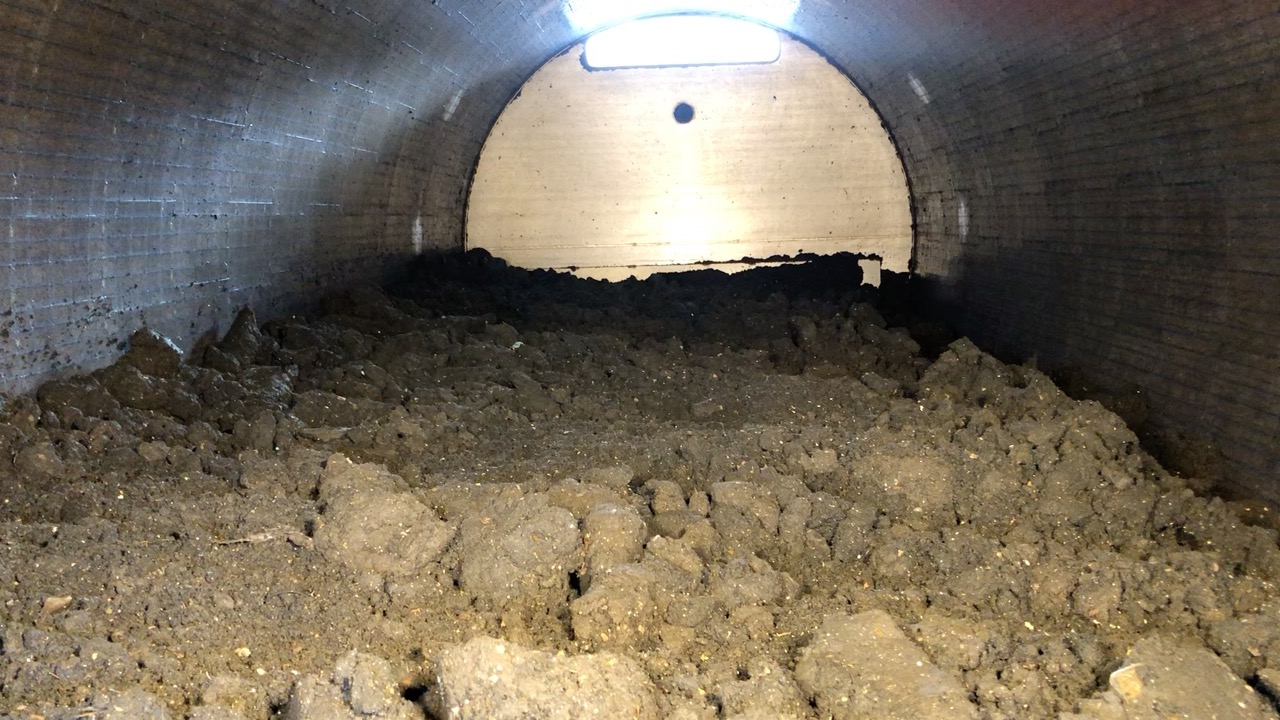 James Penner has been in the septic service industry since 1982. He has used many of the conventional methods of dewatering through the years, including vacuum filter, belt press, and dewatering boxes. Knowing there had to be a better way, he started experimenting with a new idea early in 2007. When he moved his operation to a new location, he realized he had to have a way to remove the organic matter from the waste water. As a result, through many trials and changes to the design he invented the In The Round Dewatering drum.

In The Round Dewatering uses polymers to get the raw waste water to floc, separating the solids from the water. The water settles out of the drum through specially designed tiles that keep the solids inside the drum. When the drum is full, it is rotated at a rate of one revolution every two hours. After the drum runs overnight it can be loaded on a roll-off truck and taken to landfill or unloaded on site with NO free liquids.

The end result of this process is efficiency and a large reduction in costs. The cost of taking the dry solids to a landfill is much less than taking the original total gallonage to a disposal site.